Why People are Emigrating from Hong Kong to the UK

Emigration and international relocation are processes that can often be quite complex, intricate, and demanding but it’s something that many often have to go through due to a variety of reasons.

Whether it’s due to political reasons or simply to improve quality of life, multitudes of people around the globe rely on international relocation in order to bring the improvement they feel their lives require and this is something that’s becoming increasingly common in the case of those who are emigrating from Hong Kong to the UK.

The primary driving force behind this fairly large emigration event is mostly political. Tens of thousands of Hong Kong’s population left last year in order to begin a new life somewhere else and this figure is meant to grow exponentially this year as well.

This large-scale emigration mainly comes as a result of a national security law that was imposed by the Chinese government last June which essentially criminalised protests and any other form of public anti-government sentiment.

This national security law is one that’s been heavily enforced as well since citizens who’ve continued their protesting even in spite of it or those who’ve protested the law itself have had to face the ramifications of doing so whether their acts were online or even in public.

Due to the aforementioned law, the United Kingdom launched a new route that streamlines the process through which citizens and residents from Hong Kong can become Overseas British Nationals and acquire the right to not only come and reside in the UK but eventually become full-fledged citizens after a certain amount of time has passed and the necessary criteria have been met.

This new method for emigration is without a doubt one of the most effective and straightforward means through which Hong Kong citizens can emigrate to the UK.

This method is primary for those who are from Hong Kong and are overseas British Nationals. Potential international relocates who fit these criteria can apply for the British National (Overseas) visa which is also referred to as a BNO visa.

Those in possession of a BNO visa can apply to stay in the UK for 2 years and 6 months or for up to 5 years. While in the UK, BNO visa holders can work or pursue study and can even apply for benefits if they’re facing dire financial circumstances such as not having a home to live in, not being able to afford essential items such as food and utilities, or not being able to properly provide for their children.

Anyone who’s spent a total of five years in the UK on their BNO visa can then apply to live in the UK permanently. The person applying must meet the following criteria in order to be considered for a permanent residence:

If the applicant for permanent residence has a child who’s a dependent on their BNO visa, they can also apply to settle in the UK.

It’s important to highlight alongside everything else that a person who wants to go through international relocation can apply for a BNO visa from overseas as well but, before they finally make plans for travel, it’s essential to wait for a confirmation and a final decision on the application before travelling to the UK to ensure that the process goes smoothly.

Pros and Cons of Emigrating to the UK

Like any other large-scale life decision, International relocation and emigrating to the UK does come with its share of pros and cons. Among the primary benefits of doing so is the fact that a person is able to have a much higher quality of life if they’re able to get proper work for themselves and become settled in the UK. On the other hand, however, there’s also the fact that a person will be leaving their home behind and there’s a certain level of adjustment that they’ll have to make before becoming fully accustomed to the norms of UK after relocating from Hong Kong. If you want to get your Permanent Residence (PR) in the UK, you may want to know pros and cons as well!

All things considered, citizens who are currently in Hong Kong and have a desire to emigrate to the UK to better their lives can certainly do so through the processes highlighted above. It can take a fair bit of effort and the thorough documentation required can prove to be a challenge for some but, thanks to the BNO visa offered by the UK government, the entire endeavour is far smoother than one would initially expect so they should be able to emigrate to the UK without any significant troubles that would hinder things in any way.

International relocation is hard. From visa & immigration application to settling the logistics and many other tasks to help you get settled into your new destination – we cover it all! Find out more about life in the UK and what to expect in our UK country guide!

Or targeting Singapore as your relocation destination? You may want to read more about Moving From Hong Kong To Singapore. Start your journey with Moovaz today! 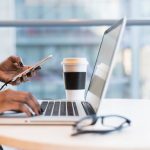 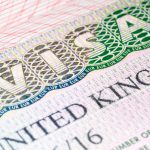 All you need to know about Work Visa in the UKRelocation Tips, United Kingdom, Visas