How Much Does It Cost To Live in Los Angeles

Armed with incredible facilities and appreciation for homes, Los Angeles has become a welcoming community for many people. The city is famous for its pleasant climate, rich history, and inclusive culture. So far, 12 million people call this city their home, and they have all the right reasons to do so!

However, it is also said that making it big in LA means an endless grind. Like the rest of California, living in LA comes with a hefty price tag. In fact, living here is 43% more expensive than living in any other part of the United States. It is cheaper than New York City but pretty expensive compared with others.

It is essential to ensure your bank accounts have sufficient money before you decide to move to LA. You will have plenty of bills to pay, so you must find a way to save money while you are here.

On Numbeo’s cost of living index, Los Angeles scores 79.49 out of 100. This scale indicates that it costs around 20% less than living in New York. When we add housing rent to this figure, the cost of living score declines to 74.88. This makes it more affordable than San Francisco but not as affordable as San Diego.

Currently, the average cost of living in Los Angeles for a single person is $1000 per month. If you are a family of four, you might be paying around $3600 each month. These figures exclude housing expenses.

It would help if you had a robust salary and a stable living place when moving to Los Angeles. The city is multiplying, and the high rents are not easily affordable for those who don’t have a stable income. The rents in Los Angeles are expected to increase as the pandemic conditions ease. Some neighborhoods like Van Nuys are growing in their popularity after the pandemic.

Central areas like Silver Lake and Downtown Los Angeles have also attracted people looking for places to live. These locations are not easily affordable, but their central location and amenities tempt people to live here. A one-bedroom apartment in Los Angeles will cost you $1,756, while a two-bedroom will cost $2,304.

Housing is just the tip of the iceberg. You have to determine the kind of lifestyle you want to lead when living here. Everything must be calculated from leisure to fashion before you make the final decision. Remember, you should spend 30% less than your gross monthly income on housing rent. According to this calculation, one should aim to earn $70,240 a year, or $5,854 per month.

If you want to avoid using a vehicle, you should find a house near your workplace or the transit station. You should also keep a ride-sharing budget, a rental car budget, and a bus route to get where you want. These will also demand a significant amount so go for the most pocket-friendly option.

Gas prices in Los Angeles are among the highest in the country. It is often a dollar higher per gallon than the average cost of gas in other parts of the country. LA drives are known for spending a lot of time on the highways. They are also spending money on insuring their wheels. If you own a car, you will be spending a substantial amount on its insurance, with an annual average of $1,964.

Monthly passes for the public transport system start at $100, or $122, including the express bus services. Thus, one should weigh the pros and cons of each mode of transport before figuring out which one they will use the most.

One thing that will not burn a hole in your pocket when living in LA is their grocery prices. You can find essential food items like milk, eggs, bread, and cheese at the same rate as the rest of the United States.

Most fast food places in the city have also maintained an affordable price for their items. This may depend upon the place you choose for dining, as fine dining often charges more than a simple takeaway.

If you are running on a budget, it is less likely that you will be going for lavish meals now and then. An average Angelino can expect to pay $375 on food each month in such cases.

When it comes to entertainment, you have many options in Los Angeles. You can either go for free options like Griffith Park and nearby beaches. Or, you can devise a plan for the nightlife. Going outdoors is okay, but you should expect to pay plenty of bucks if you add drinks and food to the bill.

Healthcare can get pricey according to the number and age of people living in a house. For example, a house with elderly and children will be paying more for overall healthcare than a place occupied by two young adults.

Generally, healthcare in Los Angeles is 10% higher than the national average. A doctor’s visit typically costs $121.67, while a dentist’s visit costs $104.53.

With the data acquired from the Bureau of Labor Statistics and the Agency for Healthcare Research and Quality, MIT estimated that the typical health expenditure for a single working adult in Los Angeles could go up to  $2,320 per year. And a family with two adults and a child can expect to pay $9,343 per year.

These are the general stats. The actual amount of bills may vary according to people’s health and immunity levels.

When it comes to utilities, you can expect to save hundreds of bucks with a smart approach. Many older apartments in Los Angeles don’t require a centrally heating or cooling system because they are near the beach.

Angelenos can pay $30 less for monthly utilities than the national average. A person living in Los Angeles pays $129 per month. This includes the cost of electricity, gas, water, and garbage pickup. Homeowners can also install solar panels and earn money back for extra energy.

Housing and childcare can make it quite expensive to pay for a baby’s first year in Los Angeles.

The average cost across different age groups for full-time daycare ranges between $268 and $4220 per month, with an average of $1,430 per month. Cost is a single factor in determining the daycare. Other factors impacting your choice include curriculum, student-teacher ratios, schedule, location, and facilities.

Before choosing a daycare, you should evaluate if you really need one for your child. Sometimes, there are more convenient options in metro areas for full-time daycare. For infant care, most child care centers define infants as kids who are less than 18 months and these daycare facilities can cost  $1,571 per month for full-time, full-day care.

When choosing one for your child, you need to factor in the conveyance to and from the daycare. Some options like carpooling have helped parents save some bucks.

7. Other Expenses Incurred In Los Angeles

You should be saving some money for other amenities when living in Los Angeles. Some expenses you should have in mind are the taxes as the city is known for its high demand for taxes. Income tax will also compromise your budget at 9.3% instead of the national average of 4.6%. Moving expenses in the city will also dent your budget as you might be taking the services of a cross-country moving company.

Your lifestyle in Los Angeles will determine the costs you pay each month. According to the MIT calculations, the average living wage rate in LA is $22.21 per hour for a full-time employed individual. It is important to save money for emergencies, so make sure you save a surplus amount each month.

Remember, the costs can multiply if you opt for a lavish lifestyle. If your salary allows it, go for it. Otherwise, you should compromise on some luxuries and maintain a balanced living. 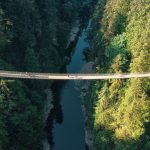 Vancouver: Top 8 Things to Do + Where to Eat, Drink and ShopAbout Moovaz, All Countries, Canada, Community, Relocation Tips, The Finder